High School Bullying And What Should Be Done For Targets

High school bullying is a real problem in this country, but unfortunately it is generally one of the most misunderstood forms of bullying. This is due in part because bullying in high school can take more subtle forms than the schoolyard shoving normally associated with middle school and junior high bullies and in part to the fact that the older students get, the less likely they are to report bullying.

All of that leads to a large, and quite serious, issue. According to recent statistics, 160,000 high school students skip school every day due to bullying. And one out of every ten teens drops out of school entirely. That's a pretty grim reality that our children are facing every day and sadly schools and communities continue to fall short when it comes to battling the problem of bullying.

If you doubt the figures about high school bullying, you need only look as far as the evening news for confirmation. Most of the school shootings, which are becoming more and more frequent, stem directly from instances of bullying, with the shooter usually being the teen who was bullied and who feels as if he has no other recourse but to fight back with a gun.

Unfortunately, it can be more difficult to combat bullying among high school students because it tends to be less direct, physical bullying and more emotional and sexual. And with the dawn of the cyber age, bullying has now spread to the Internet, where bullies can have a much larger audience for their tactics while taking advantage of the ability to remain anonymous. This can make the resulting damage that much more painful and harder to fight. 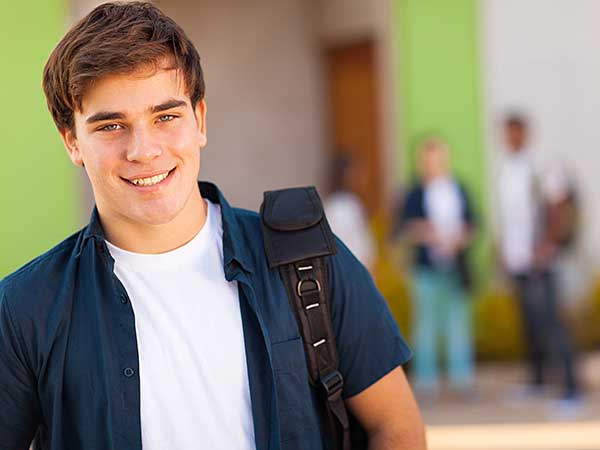 Having a strong sense of self, a healthy self-esteem, and the ability to respond to bullying logically rather than emotionally, with an internal locus of control, go a long way toward mitigating the damage of high school bullying.

Having a strong sense of self, a healthy self-esteem, and the ability to respond to bullying logically rather than emotionally, with an internal locus of control, go a long way toward mitigating the damage of high school bullying.

For all of these reasons, and because peer pressure plays such a strong part in high school life, teens are much less likely to report instances of bullying. Being the victim of high school bullying is considered a sign of weakness and teens would rather remain silent than expose themselves as unable to handle their own problems. Instead, they internalize, become agitated, angry, and even physically ill as a result.

Even when they do report the bullying, often their pleas go unanswered, as a surprising number of teachers are more than willing to write off bullying behavior as just "kids being kids." In some cases teachers and school administrators even foster a climate that accepts bullying as the norm. In other cases, teachers themselves can end up as the victims of bullying and feel helpless to do anything about it.

First, that the greater majority of bullies come from home situations where abuse or fighting is the norm and so they see the need to establish control as normal behavior.

Second, one way to successfully fight bullying is by coming together as a community. It takes students, teachers, administrators and parents working together to create an environment where bullying is not tolerated and everyone can feel safe. However, this is not in itself a complete solution.

Finally, anti-bullying programs are not particularly successful so rather than rely on them it may be better to equip the targeted student with the mental and emotional wherewithal to withstand bullying by giving them an internal locus of control instead of relying on everyone else to change and solve their problem. This is a tool that will serve them well throughout their life as well.

If bullying is an issue for you, don't feel as if you deserve it or you should just suffer in silence. Neither is true and nobody should have to go through this experience alone. Find someone you can reach out to and get the help you need to stand up for yourself and fight back. High school bullying does not have to be the sum total of your high school experience. You deserve better than that, so don't settle for anything less.