Internet trolls have become a major issue with the advent of social media. Unfortunately, the more popular social media sites like Facebook and Instagram become, the more they open the door to trolling and other forms of cyber bullying. As it is impossible to change the behavior of certain people, it is almost impossible to completely avoid this kind of behavior, but that doesn't mean that you have to let it affect you.

There is a difference between trolling and more focused cyber bullying, but both are serious and can cause extreme emotional distress to their victims. The problem with these types of attacks is that they happen on social media sites that are accessed by millions of people, so not only is it easier for bullies to reach their victims, it also encourages others who read their posts to join in, thus exacerbating the original attack.

By definition, internet trolls are individuals who visit social media sites, message boards and comment sections of websites with the intention of starting an argument. They may achieve their end by fueling existing disagreements or directly attacking another poster with the intent of making them angry or upset. The entire purpose of trolling is to get a rise out of the victim so that they can get recognition or feel powerful.

What makes trolling stand out from regular cyber bullying is that the people who engage in this behavior do so in order to get attention. They may even consider what they do an art form, taking great pride in the lengths they can go to in adding fuel to the fire. To this end, they often put up their posts anonymously, thinking that hiding behind an elaborately created internet persona gives their behavior even more impact. 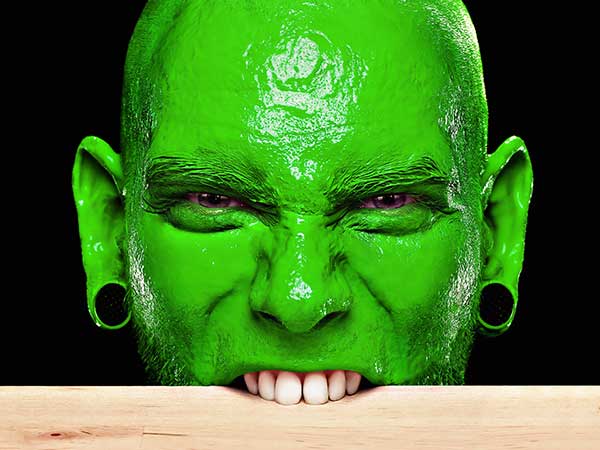 Internet Trolls Can Wreak Havoc—And They Love It!

The unfortunate thing about internet trolls is that they can cause very real emotional trauma. And rather than be affected by this, they actually thrive on it. Their intent is to be offensive, argumentative and disruptive and the more their victims respond negatively to their behavior, the more successful they consider themselves to be. It's a vicious cycle that can infect entire discussions, threads and even a whole website.

While standard cyber bullying can take on a menacing and even threatening tone and may escalate to a level that requires legal intervention, trolling is much more subtle and less easy to police. Because trolls can take on multiple identities, it's almost impossible to stop them. Even if you shut down one account (which I do not advocate), they can pop up again with another one and start the whole process over again, laughing about it the whole time.

Do Not Feed The Trolls

For this reason the best thing you can do about internet trolls, in fact the only effective thing you can do, is to ignore them entirely. It may sound overly simplistic but it really does work. Because their entire goal is to get attention, if you refuse to capitulate and pay no attention, then in most cases they will eventually get frustrated or bored and go away. Engaging them in any way will only add fuel to the flame and make the situation that much worse.

Social media is a wonderful way of interacting with friends, making business connections or even following your favorite entertainers to keep up with their careers. But as with anything in life, there will always be those who opt to use this resource for their own aggravating ends. You can't avoid trolls, but you also shouldn't give them the satisfaction of getting what they want. Just stand your ground and remember—do not feed the trolls!

Should Internet Trolls Be Banned?

While some may advocate banning such behavior I am firmly against any infringements on freedom of speech. Much of what internet trolls do is good regardless of who may not like their opinions, take offense at their comments, or have their feelings hurt. In many cases, trolls serve to challenge ideologies and beliefs that may need to be challenged. They may advocate abhorrent positions that, rather than be banned and hidden from view, ought instead to be engaged in rational argument and dissected point by point.

It is often those whose arguments are weak who prefer to win the day by silencing opposition rather than meeting it head on. Demanding that this speech or that opinion be banned as it disagrees with one's own position can have, especially if enacted into policy or law, a chilling effect on freedom of speech. Instead of being able to discuss ideas out in the open they are driven underground. Bad ideas don't go away just because you stick your fingers in your ears and refuse to hear them.

Chipping away at the freedoms and liberty of others is a foolhardy exercise because someday, and that day can come startlingly sooner than one thinks, the tables have been turned, the power has shifted and your detractors are now armed with all the weapons of censorship, vilification, and sanction that you have so conveniently put in place for them.

Freedom of speech is too precious to sacrifice in the service of silencing any one issue, ideology, or belief no matter how vile it may appear to any one person, or group, at any time. I would rather battle a thousand internet trolls in a free world than live in constant fear of the Thought Police in an Orwellian nightmare that many are now advocating.